Gulf to Riviera: Lessons From My Failed Motorcycle Trip

I don’t tend to remember much, but I do vividly remember a car sighting that I never thought would happen. I was grabbing coffee and a croissant in Cannes on a quiet Sunday morning, in a residential sector near to the port. On my walk back, I saw an early 90’s Jaguar XJ with plates that I did not recognize: Kuwait. I immediately pictured some older Arab gentlemen leisurely driving one of the least reliable automobiles known to man through Iraq, Syria, or both, slowly making his way to his vacation home in the French Riviera.

Obviously, the gentleman in question had his car freighted in, but I’ve been mulling over this inter-continental route ever since. There are a few anecdotes online of folks driving from London to Amman or other such trips, but that was before the US empire make the Middle East into what it is today; I haven’t looked to hard, but modern examples didn’t seem to abound, adding to the mystique of this voyage.

Well, I am now based out of the Gulf, and work for a company headquartered in the French Riviera, so what better time to do this than now? For the past 2-3 months I’ve been planning a trip from Riyadh to Monaco on a motorcycle with more serious intent, and on February 28th I left my apartment with the intention to be in Monaco 11 to 19 days later, going through Kuwait, Iraq, Turkey, Greece, Italy and France. I would be riding through on my brand new Tenere 700, packed light and with a somewhat artisanal rigging.

Eight days later, after being denied entry into Iraq from Abdali and essentially being told that I would need to wait for a month to get special authorization from the Iraqi Ministry of Interior to get through (this is embassy speak for never), and being unable to ship the bike from Kuwait to Turkey due to missing paperwork, I am back in Riyadh and have been working out shipping paperwork for the bike for nearly half a week.

Burning up my paid vacation in a not extraordinary hotel in Kuwait was not exactly the outstanding adventure that I had in mind, but my misfortune or lack of foresight does not have to be yours. If you are planning a similar trip, here are some lessons learnt that might be of interest for you, interlaced with that few pictures I have taken in my time on the road.

Get a carnet de passage (CDP), even if you THINK you don’t need it

A lot of my time in the trip preparation was browsing online overlanding ressources, once amongst them being the Overlanding Associations’s Carnet map. Obtaining a carnet (also called trip ticket in the Arab world) for customs clearance is one of the main paperwork obstacles to international trips like this, and getting the carnet bonded can come at significant cost. You will notice that none of the countries I was intending to pass through have carnet requirements. I was very happy to not have to shell out for insurance or a deposit, so I went on my merry way with just my registration.

While it is true for entering the country on two (maybe more?) wheels, my shipping broker contact in Kuwait informed me that the bike will not clear outbound customs without a Carnet; there might be a way out of this, but like all things, it will be a cost in both time and money. I am told that this is also pretty normal procedure across several countries that my shipping guy is familiar with: no trip ticket, you vehicle is not boarding a plane. It is unclear if this is shipping company policy or customs policy; I trusted my shipping guy’s experience on this. I of course tried to get a carnet produced in Kuwait: this is impossible. 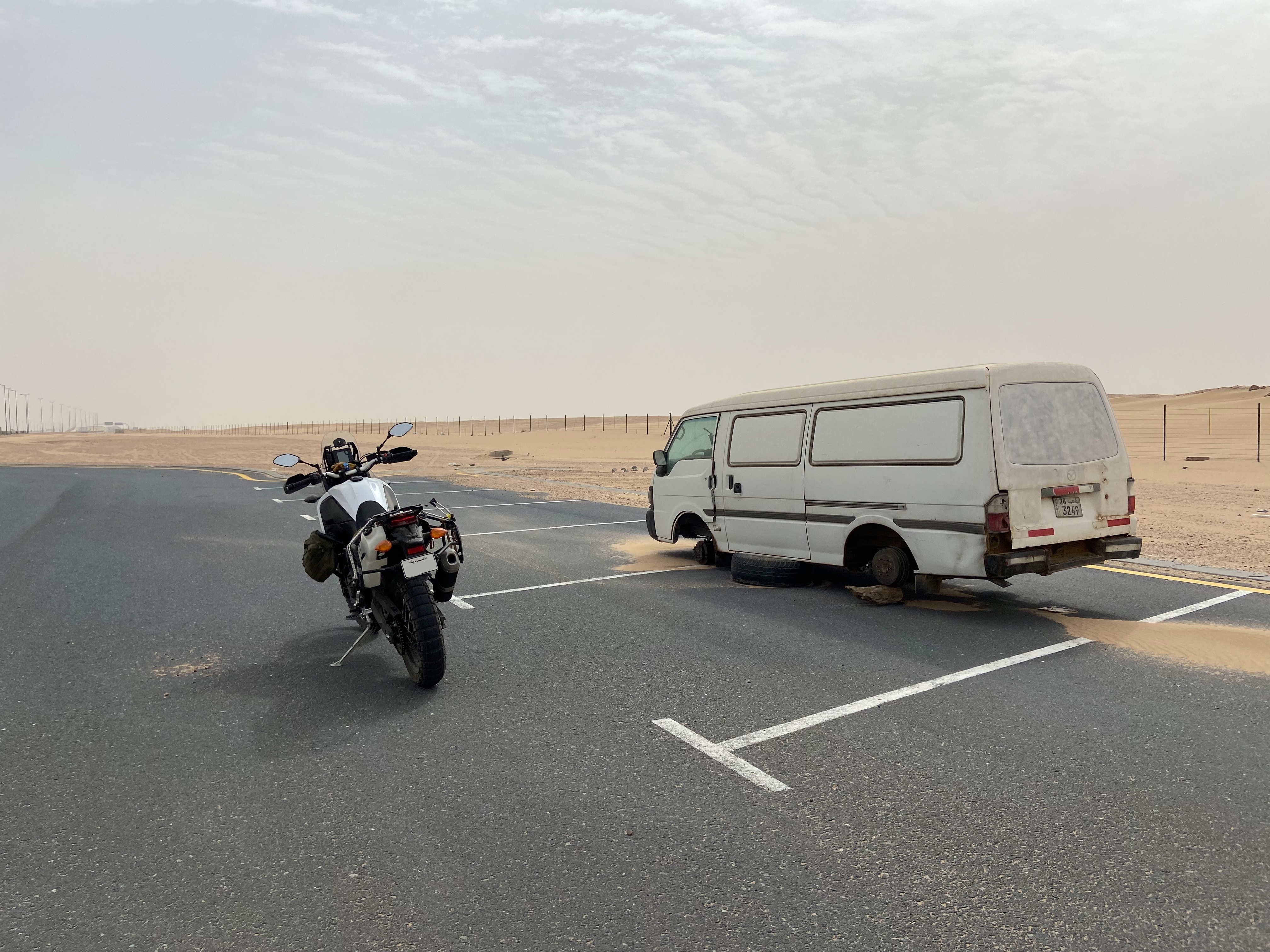 A few days after my return, I got finally a CDP from SATA, the Saudi FIA affiliate, through a broker in a travel agency in order to be able to ship my bike through a local freighter, which also required a carnet. The process took about an hour and cost me just a hair below 1300 SAR; there is not bond to speak of. This was also confirmed by my Kuwaiti shipping contact who has produced CDPs in several countries: none of the Gulf countries (exceptions may apply) require a bond or insurance, although you are still required to hand back in the carnet. My instinct is that this might have something to do with sharia compliance, but I did not get a clear answer on this. I do not know what the penalties are for not returning the carnet however, and I do not intend to find out the hard way.

Either way, I’ve been alive long enough to know that any bureaucrat, western or otherwise, respects any pleb who dare show up somewhere with a proverbial dagger between his teeth, and a literal stack of documents in his hands. I don’t think it matters if it’s a border crossing or DMV office, if you come in with a plastic folder full of named and organized paperwork, bureaucrats are more likely to take you seriously and be easy on you. The average paper-shuffler has for only weapons his knowledge of arcane forms and procedures; any temptation to assert his power quickly disappears when his opponent shows up with a mission AND the appropriate paperwork. The carnet is at least 10 pages and looks important. Not saying you are going to get out of anything with it, but it does assert paperwork dominance.

Get long form registration before leaving

In the same line of thought as a preventative carnet, it is probably a very good idea to have your long form registration (no just the registration card) printed out at the traffic police so that you can provide it upon request. The document is better laid out, and thus easier to get translated should the need arise.

In Saudi, I got mine as a first step in my attempt to ship; after producing a series of notarized letters from my employer and shipping broker using the information on this document, I was given a signed confirmation of registration that is valid for two months; local shippers absolutely need this, third countries might not care at all. While the Zoll (customs) staff in Frankfurt were delighted that I had the foresight to get such a document, the eldest officer who was the only one ever to have seen CDP paperwork told me that it wasn’t strictly necessary and that he could process import without it. In the UK getting off the ferry, the Border Police could not have possibly given less of a hoot about customs paperwork. 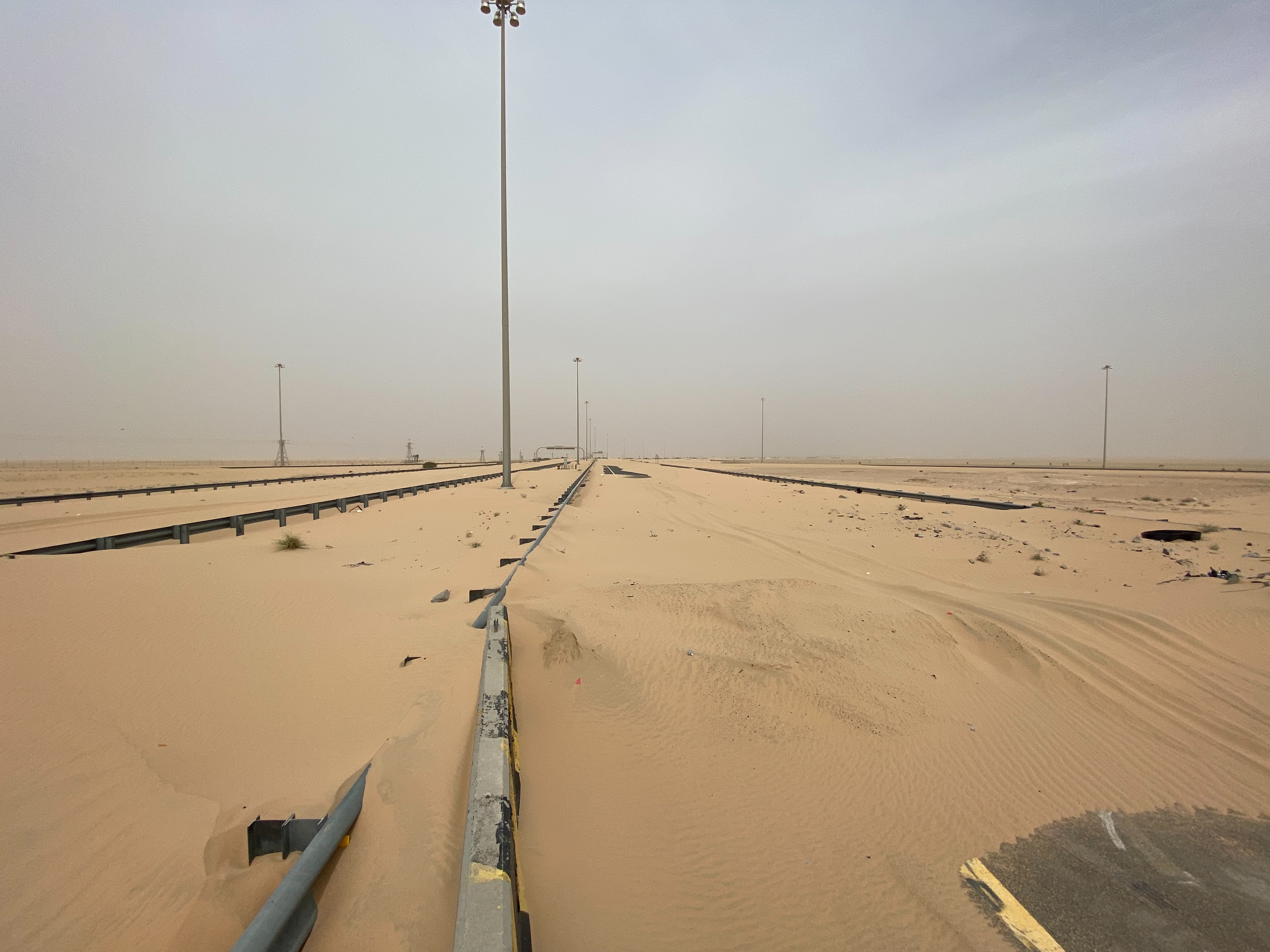 Elaa Travel Group in Riyadh is the place where I got me paperwork done, but I believe other travel agencies might be able to complete this. The Saudi Automobile Association (SATA) is the formally recognized FIA affiliate, but they seem to dole our the dirty work to agencies. Ask around!

Get an international licence

This may seem obvious, but my initial idea was to use my arabic licence while in the middle east, and present a european or Canadian driving licence along the rest of my destinations, if they were asked for at all.

I ended up getting an FIA approved international licence with all my classes for around 150 SAR. 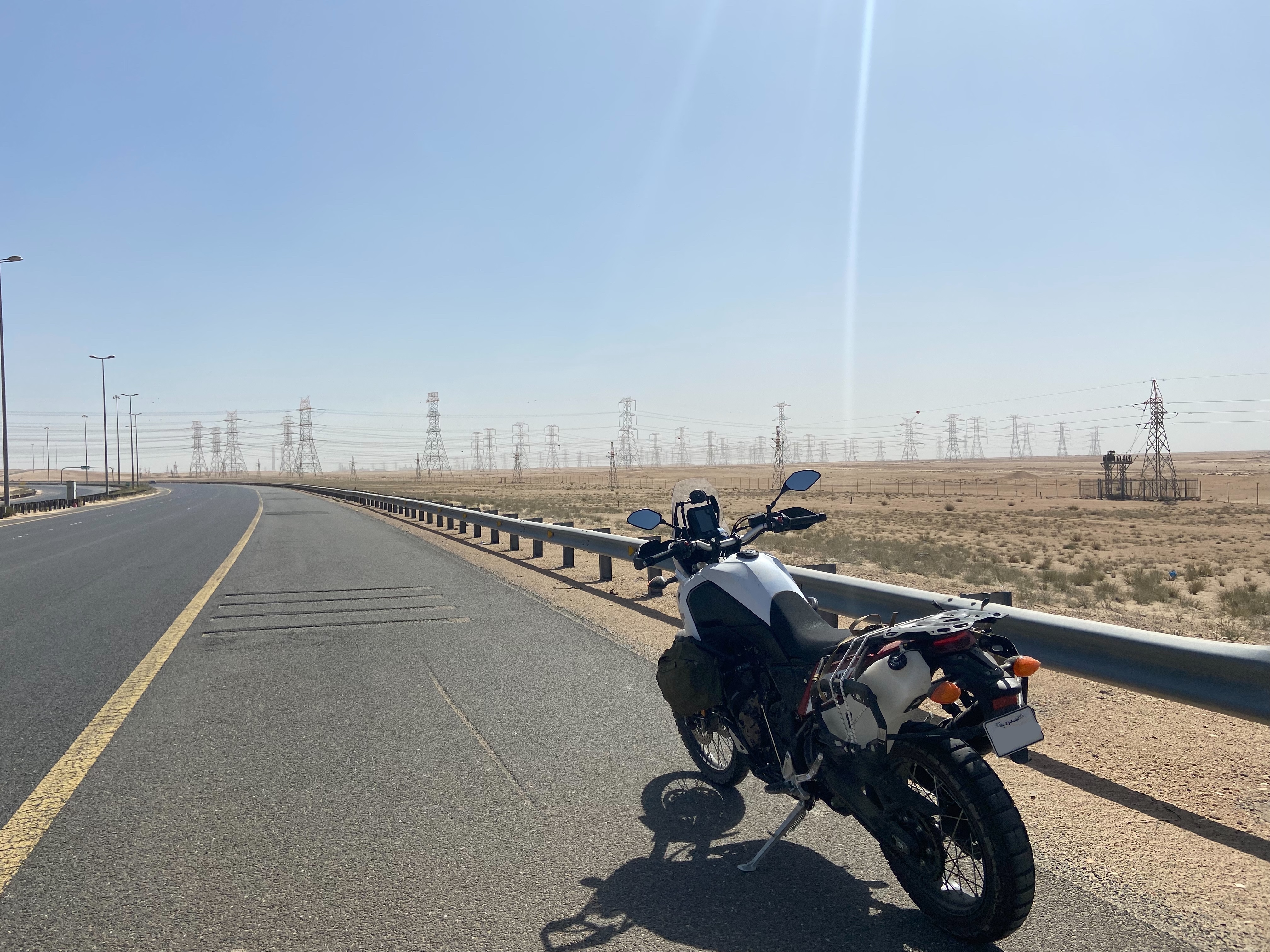 Could I have argued my way out of stuff? I would like to think I could. Would any one of my 3 valid licences worked in one of the countries I was passing through? My research leads me to think that they would. Is it worth risking any hassle for the price of a dinner for one at a chain restaurant? Absolutely not.

This is especially true when language barrier is going to be an issue. Have one-pagers with all your scanned IDs, licences and registration on a single page ready for any border crossing. The less questions you are asked, even if it’s only “give me this”, the less chances you have of fucking up and aggravating the border agent. My paper work loadout was as follows: 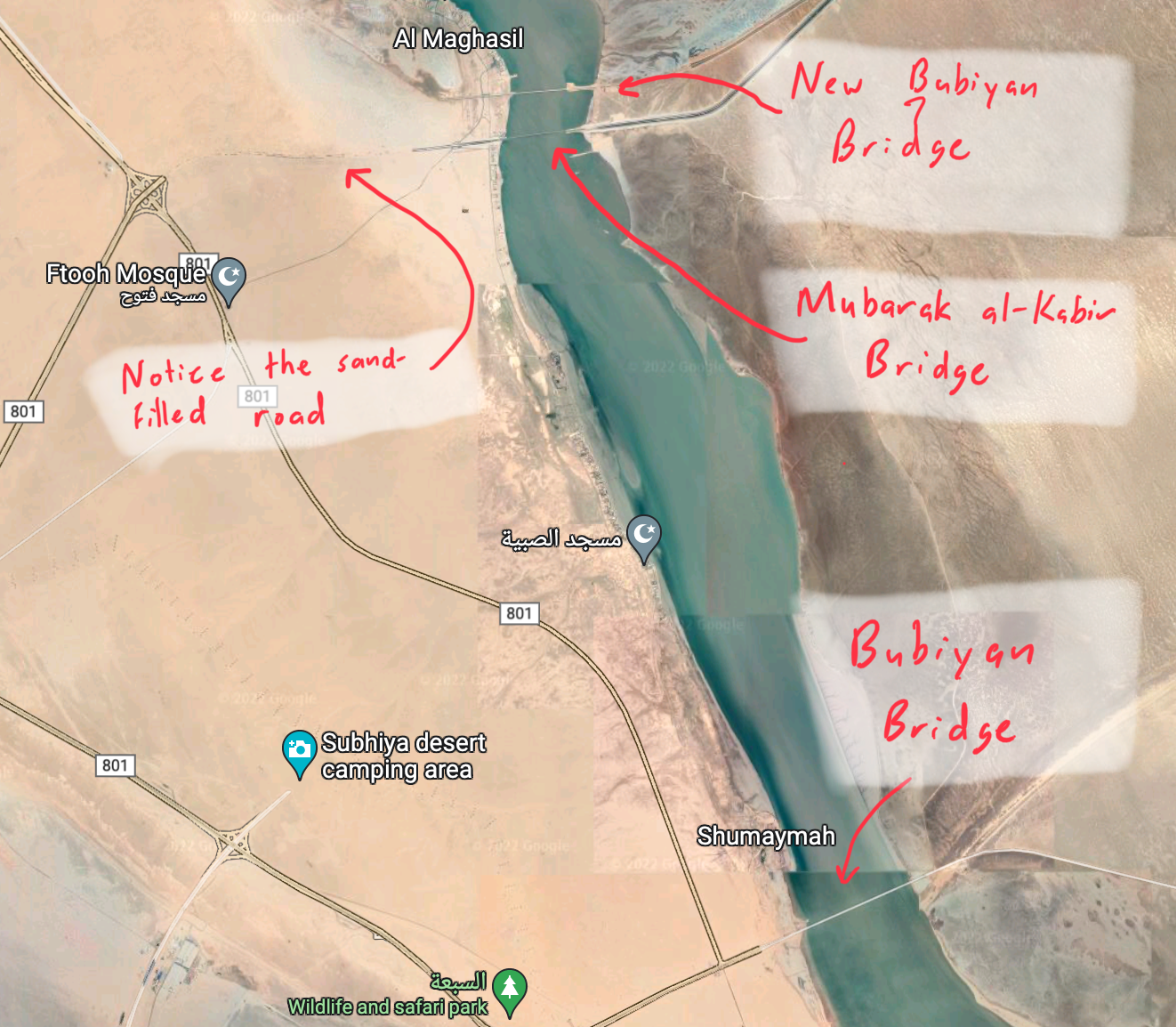 With these tips, hopefully you can make your trip more of a success than mine. Have fun and good luck!

 An Expat's Guide to the French Motorcycle Licence